From the moment of enterprise establishment in 1943, the test center activity has been dominated by arrangement and testing of the electronic component base for the influence of external effecting factors (EEF), development of technical standard documents and regulatory test methods.

test methodology and test equipment are developed for EEE and ERE exposed to climatic and mechanical factors. EEE and micromodule testers are created.

by Regulation of the Council of Ministers of the USSR, the former Pavlovsky Palace (in Gatchina) was made over to the planning and design bureau. With the new facilities, the work on arrangement of the methodical and technical base for large-scale research of the EEE reliability began.

The experimental plant of the Planning and design bureau is set up for serial production of testing, inspection and measuring equipment for the Ministry of Electronic Industry.

The enterprise (PKB-170) earns the status of the Scientific research institute of normalization and testing of electronic equipment (NIINIET), later renamed as the All-Union SRI “Electronstandart” (VNIIES).

by order of the Ministry of Electronic Industry (Regulation of the Council of Ministers of the USSR) NIINIET is obliged to arrange testing and research of the influence of ionizing radiation on materials and ECS at the Ministry with the leading institutes specializing in product classes involved.

departments and laboratories for specific research and testing of materials and electronic items are arranged at NIINIET and the leading enterprises of the Ministry of Electronic Industry.

Experimental research of the influence of gamma, electrons and protons on materials and electronic items on radiation sources are started at the Academy of Sciences of the USSR, Union Republics and the Higher School: Atomic Energy Institute named after Kurchatov (Moscow), Institute for Physics and Power Engineering (Obninsk), Leningrad State University named after Zhdanov, The Petersburg Nuclear Physics Institute named after Konstantinov (Gatchina).

The first All-Union scientific and technical conference on radiation resistance of materials and EEE is organized in Leningrad.

the interagency standard НО 005.058 (the first regulatory document in the USSR regulating the requirements, standards and test methods for EBC exposed to mechanical, climatic and radiation factors) is developed together with the 22 Central Scientific-Research Institute of the Ministry of Defense.

By order of the Ministry of Electronic Industry #149 d/d 11.06.68, the test center is assigned to be the leading one in the industry in terms of EEE testing and research.

the laboratory for radiation testing of materials and EEE is organized as the organization department of NIINIET on the basis of the Institute of Physics of the Academy of Sciences of the Latvian Soviet Socialist Republic.

Experimental research of EEE resistance to radiation sources starts at the Joint Institute for Nuclear Research in Dubna.

the institute is assigned to be the leading one in the Committee of the defense sectors of industry in terms of standardization, metrology, reliability, radiation resistance as well as development of inspection, measuring and testing equipment.

Non-destructive methods of material and EEE control and testing are introduced.

10 sets of scientific equipment with active electrostatic protection and operating voltage up to 100 kV are developed and launched as part of the artificial satellite “Kosmos”.

participation (in terms of testing) in preparation for collaborative space flight “Soyuz-Apollo” and in works on creation of the Soviet version of the strategic defense initiative.

the new complex of state standards “Climate-6” is developed together with the 22 Central Scientific-Research Institute of the Ministry of Defense and the leading institutes of the Ministry of Electronic Industry and requirements for special resistance are basically introduced to general and detailed specifications for electronic items.

with young professionals in solid state physics, physical chemistry, microelectronic technology and computer engineering coming to the institute, development and creation of methods and means of destructive analysis and non-destructive testing begin to evolve using contemporary achievements in mass spectrometry, scanning electron microscopy, X-ray television, etc., which allows to investigate the EBC failure causes and mechanisms efficiently both in the course of testing and in operating conditions and predict reliability parameters of particular EEE classes and types scientifically and reasonably based on the results.

establishment of the network of weather stations in various regions of the USSR (Anapa, Batumi, Murmansk, Vladivostok) and in Cuba.

experimental research of EBC resistance is initiated at the unique plants of the All-Russian Scientific Research Institute of Experimental Physics, Arzamas-16.

The complex of RM standards (19 standards) regulating the radiation resistant EEE development procedure, methods to provide and assess the resistance is developed.

more than 1000 types of specifically resistant EEE of various classes are developed at the enterprises of the Ministry of Electronic Industry and their production is deployed to provide creation of weapons and military control system equipment.

EEE testing is arranged and carried out during the field physical experiment at the Semipalatinsk Nuclear Test Site.

in the framework of the «SESAT» satellite creation project, the first EEE screening tests are performed according to the program of the European Space Agency.

the new generation of state military standards “Climate-7” is developed in collaboration with the 22 Central Scientific-Research Institute of the Ministry of Defense.

Typical resistance test and assessment methods are developed for EEE of all main classes exposed to ionizing radiation regulated by the complex of state military standards “Climate-7”.

Organization of certification tests of foreign EEE, including those for resistance to radiation factors, due to its implementation during electronic radio equipment development for weaponry, military and special equipment.

initiation of certification tests of foreign EEE due to its increasing implementation in electronic radio equipment of the Russian manufacturers.

by order of the Russian Agency for Control Systems d/d 23.01.2001 # 19 (by instruction of the government of the Russian Federation d/d June 29, 2000 # 22), the North-West regional certification test center is established.

the test center is the first one in Russia to be equipped with contemporary ETC-780 testers for parametric and functional testing of digital VLSI with operating frequency up to 50MHz.

the test center passes the milestone of the scope of testing: 500,000 pcs of domestically produced and 400,000 pcs of foreign EEEs per year.

Full testing of the signaling processors ADSP-21535 “BlackfinDSP” and ADSP-21160 “SharkDSP” produced by Analog Device (the USA) is performed in Russia for the first time.

Research and test laboratory for electronic modules is established. Methodology for product identification and counterfeit goods detection is developed.

By the decision of the Radioelectronic industry department of the Ministry of Industry and Trade of the Russian Federation #11-1223 d/d October 24, 2008, the multiple-access research and development center is established on the basis of the test center.

Testing is mastered and the full complex of tests of programmable logic integral circuits of FPGA type with up to 4 million gates is performed.

Moving to a new building equipped according to the contemporary requirements for production facilities for EEE testing and measurement. The test center is re-equipped with the unique apparatus for mechanical, climatic tests, physical and technical analysis, analog EEE measurements. Contemporary testers ЕТС-868 are purchased for parametric and functional testing of digital VLSI with the operating frequency up to 200MHz.

The EEE testing and certification center is established on the basis of the test center at the “Rostec” state corporation.

The test center is included in the established Interdepartmental center of EEE radiation testing as the basic test center of the Ministry of Industry and Trade of the Russian Federation.

Automatic control system covering full test cycle is introduced. The system provides test quality and allows the test center customers to obtain current information in the course of the tests.

Reorganization of the work management system in the test center allows to achieve the milestone of the scope of testing for the foreign EEE: 5,000,000 pcs. per year.

Introduction of work places for simulation of EEE exposed to separate charged particles of space on the basis of synchrocyclotron of PNPI of RAS (Gatchina, Leningrad region) and synchrotron of the Institute of theoretical and experimental physics (Moscow). 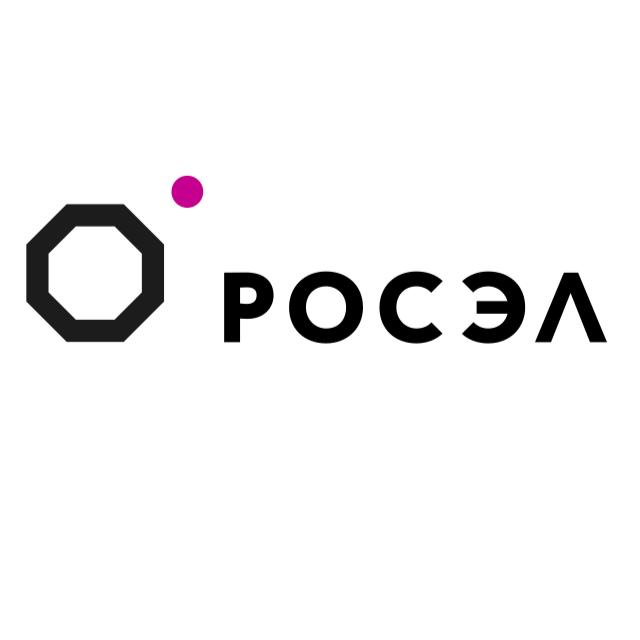